The NewClimate Institute Global Climate Action Report 2021 was released in June and takes an overall look at the progress of climate actions being taken by cities, regions, and businesses. As the report says: “This is the decade in which we turn ambition into action.”

The report looked at 10 major economies including the European Union and assessed the climate actions taken by both individual actors and cooperative initiatives within these. So far, 1,929 cities and 125 regions have made a quantifiable commitment to reducing their emissions post-2020.

The economies covered by the report represent roughly 11 per cent of the global population and are collectively responsible for 12 per cent of global emissions. While it’s clear that the momentum towards taking climate action is increasing, what’s less clear is whether this momentum is translating into actual impacts.

Europe and North America continue to lead the way, with Europe being home to 1,600 cities and regions that are setting quantifiable commitments to reduce their greenhouse gas emissions. The Global Covenant of Mayors for Climate and Energy - European Secretariat (EUCoM) has been vitally important when it comes to encouraging climate action. Over 75 per cent of the commitment data used in the NewClimate report was sourced from EUCoM.

Ready to know the key takeaways of the climate action report that affect cities? Here they are.

Despite many cities having set targets for emissions reduction up until 2020, it’s estimated that only 50 per cent of city governments have delivered on their targets up to 2020. The report does note that due to the limited availability of data, this estimate is conservative and it’s possible that more city governments may have met their targets. Even so, this progress is still modest and cities need to focus on accelerating their climate actions if they want to stay on track to meet future targets.

It also seems as though there’s been limited progress towards setting those post-2020 targets. Where these have been made, 68 per cent of subnational commitments are medium-term targets (emissions reductions between 2026-2035), 30 per cent of targets are long-term (beyond 2035), and just 3 per cent are short-term (until 2026).

One thing that’s missing for many cities is clear datasets. The NewClimate report found that out of 1,929 cities with emissions reduction targets post-2020, only 681 had inventory data that they could use to track their progress. Of the 459 European cities that the report surveyed, around half are on track to meet post-2020 targets while the rest will not meet these targets unless additional action is taken.

Transparency and accountability are vital when it comes to climate action and without accurate data, it’s impossible for cities to be open and accountable about what their targets are and whether they’re on track to meet them. Aiming towards collecting a ‘full cycle’ of data that tracks your city’s progress, implementation, and impact of climate actions is achievable and can allow for a more holistic understanding of the progress.

As the world recovers from COVID-19, it’s important to bear in mind that many of the necessary recovery measures didn’t necessarily prioritise a low-carbon mindset. Cities have an important role to play in developing a sustainable recovery while also keeping in mind the goal of working towards a net-zero future.

Ready to take action? That’s where FutureproofedCities comes in. One major stumbling block for cities when it comes to setting and meeting emissions reduction targets is the lack of data that can be used to track your progress. That’s a problem that we can help solve.

We’ve developed a database containing over 100 solutions for carbon mitigation and adaptation, covering 95,000 European regions. Using this we can help you calculate the best steps for your city to take as well as estimating the payoff in terms of finances and carbon.

Everything you need is integrated into one intuitive and easy-to-use tool. Collaborate with your team and other stakeholders in one space, while monitoring and managing your climate actions from there.

Changing the world starts in your city. Book a demo to learn how FutureproofedCities can help you.

Sander is Futureproofed's resident marketing wizard. His goal is to get the word out about our expertise in helping cities and companies become future-proofed. When he's not deep-diving in data and strategy you can usually find him on his bike, in the kitchen, or playing video games. 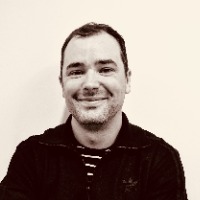 Sander Graumans
Subscribe for articles, tips, stories, and inspiration by our Futureproofed team, delivered straight to your inbox — once a month.
Sign up for our newsletter
Share: