How to summer-proof your city?

In the coming decades we will have to deal with annual temperatures that are between 2.6 and 3.5 degrees Celsius higher in our region. But that rise is not evenly spread over time and location. Especially in summer and in the cities it will be boiling hot. But fortunately something can be done about it. 😅 Get ready for a bunch of refreshing tips, straight from our FutureproofedCities database. 💦

First of all: why is city heat such a problem? 🧐

More concrete and grey, less ventilation: in summer the city heats up faster, and then it is hard to get rid of that heat. Resulting in the so-called heat island effect, which causes cities like Ghent to be up to 8 degrees warmer in summer than the surrounding countryside. Urban heat waves such as occured in Paris (July 2019), with daytime maxima of up to 42 °C, will occur more frequently in the future.

The impact will not only be an increasing number of terrace visitors on sultry summer evenings. People turn out to be less productive, water and energy consumption skyrockets and especially people with weaker health get into serious trouble.

The good news? We can do something about it. By getting ready for the changing climate today, we can avoid damage and risks, and at the same time secure the livability of cities in the longer term. The icing on the cake: climate adaptation brings additional benefits at the same time, such as more biodiversity right into the heart of the city, or more space for recreation. 💪

Inspired by successful experiences, we have drawn up a list of standard measures and actions that help make your city more heat-resistant. As a general rule, nature-based solutions are the most cost-efficient and offer the greatest number of additional benefits. Will you get green (nature) and blue (water) to the city centre? Then your city will be more heat resistant.

From concrete to sponge

Keep the remaining open space and break out any paving wherever possible. In Genk a piece of land next to the old town hall was softened. In its place will be a large herb garden, with a social function.

Getting rid of concret soil does not only help to avoid water nuisance, it also helps to deal more intelligently with water in periods of drought. To give you an idea of how that works: when the soil is not sealed, it works like a sponge. It absorbs the water - and holds it. This gives it an opportunity to seep into the deeper soil. More water in the soil means more evaporation, which helps to cool down surfaces. The city of Ghent even appointed a depavement contractor, and wants up to 15% less hardening and concrete on its territory each year. 🙌

In cities, rivers used to be boiled down and tucked away underground. That makes sense, since they often served as open sewers. Thanks to better water purification, rivers have regained their appeal. And nowadays you pay considerably more for waterfront houses.

The reopening of rivers also has many additional advantages: water cools the city heat considerably, and rivers form ecological corridors between nature reserves on the outskirts of the city and the city centre. Cities such as Mechelen have invested in getting more water in the city by opening up medieval brooks. Another way to keep (rain)water in the city is by building wadis. These prevent clean water from ending up in the sewers.

‘In summer it can get uncomfortably hot inside the house. Especially in older houses this can be a problem. Because of the large number of cracks and crevices and old window frames, the heat literally creeps in. In winter the same happens to the cold. Result: a lot of energy loss. What can be done about this? A large-scale insulation transformation of homes, the use of cooling building materials or the use of green roofs. These not only provide cooling and water storage, but also boost biodiversity.

By the way, did you know that green roofs can double the lifespan of a roof and increase the value of a property by 8%?

In Flanders, private gardens account for 8% of the total surface area. In the city, a large part of the non-paved space is privately owned. A cooling effect is created by landscaping this area with trees and hedges. An additional advantage: it increases biodiversity.

Cities can also buy strategically located wooded areas or open space, on the edge of the city. In this way they can create ventilation axes. These allow the natural air conditioning to be blown into the city centre, according to UGent research.

Adaptation in action: our community does it

Let’s cool this down. We understand your city is busy dealing with many challenges at the same time. That’s why at Futureproofed we got your back on both climate mitigation and adaptation.

Curious to know what are the success factors for those measures? How other cities are doing? Our online community would be pleased to have you on board. 💚 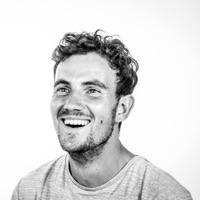