Inspiration: The sustainable city of the future, a revolution on the move

Read this article in another language : Dutch • French • Spanish

Making your city (or your municipality) more sustainable is possible. You're probably wondering how? Where do I start? Are you short of inspiration? We have compiled for you a series of examples of projects from cities and regions ahead of their time. The first and most important: our beautiful capital, Brussels!

Brussels, on the road to change 🕰

The capital of Europe is an example in the world. 🌍 From the United States or Canada, people come to study its passive buildings. The Brussels-Capital Region has set itself several objectives for 2035. It aims to make the lives of its growing number of inhabitants more enjoyable and, above all, to prepare for the (climatic) challenges of tomorrow. The challenge: to combine the demographic boom with sustainability. Brussels has therefore decided to focus on aspects such as public space planning, air quality, mobility and sustainable constructions.

The goal of the Brussels-Capital Region is to set up (urban) agricultural projects in order to achieve a certain food autonomy. Its ambition is to produce at least 30% of the fruits and vegetables consumed by the inhabitants by 2035.

But what if you don't have enough space to develop new agricultural areas? No problem... Only solutions! You can install greenhouses on rooftops, reclaim unused lands or invest in public park beds to turn them into community gardens. 🤗 🍏🥕

If you live in a larger city, you may also consider setting up a food belt around the city. Liège is already an example in this matter, with the establishment of organic and local grocery stores and the creation of many projects and cooperatives encouraging local producers. One of them, Les petits producteurs, offers local food to citizens in its downtown store.

🙌 Advice: need a helping hand to set up your urban agriculture projects? Green Surf can help you.

Bruxelles ma belle… 🎶 Yes but only with passive buildings then! Few people know this, but since 2015 any new construction in Brussels must have a zero energy balance. And it is the first region in the world to impose this measure. Impressive right? 😳

The objective here is twofold. First, transform and renovate what already exists, in other words, reuse abandoned sites. Which can give great results! For example, you can transform a hangar into a concert hall, second-hand store, pop-up store...

Second, reuse local and recyclable materials for new constructions. Brussels plans to provide a legal basis for organizing a circular economy and the relocation of productions. She dreams of achieving neutral (or even positive) carbon footprints in companies through a regenerative economy.

The city of Stuttgart (Germany) also knows how to be creative in terms of architecture. It has installed large ventilation corridors to cool the city and prohibits construction in these areas.

Invite nature (to come back) to the city 🌳

We can never repeat it enough, but... There is nothing more effective than bringing nature back into the city to lower temperatures and make the soil more permeable.

To this end, Brussels has decided to create a reference framework for sustainable neighbourhoods, including a series of criterias to be respected. In particular, it wants to bring water back to the city, for example with public fountains and taps, but the capital is also considering reopening its buried watercourse, the Senne. 💦 In addition to developing green spaces, it will also build insect hotels to enhance the city's biodiversity. 🐝

Los Angeles has also been innovative to fight the rising temperatures. ☀️ The city decided to paint its asphalt grey (instead of black). Result: a drop of 10° on the ground (in the afternoon in the sun), because more sun rays are reflected!

Brussels wants to put pedestrians at the centre of attention and reclaim public spaces in order to transform them into pleasant places of "immobility". To this end, it is important to improve the safety of pedestrians and cyclists, but also to improve air quality. The region also wants to promote public transport at the surface, which is more pleasant, if there is no traffic jam, of course. 🌸

The Brussels region has been inspired by the mobility models of different European cities to get the best ideas.💡Here are some of them:

The revolution is happening... are you part of it?

This article is based on the dossier Changer la ville, co-written by Catherine Ernens and Julien Thomas. Télémoustique, 31/07/2019.

FutureproofedCities allows all municipal services to work together on a single online tool to carry out more climate actions and communicate them to their citizens. 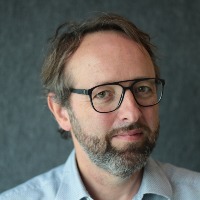